Home / About us / News / Promwad’s formula of success: interview with Roman Pakholkov 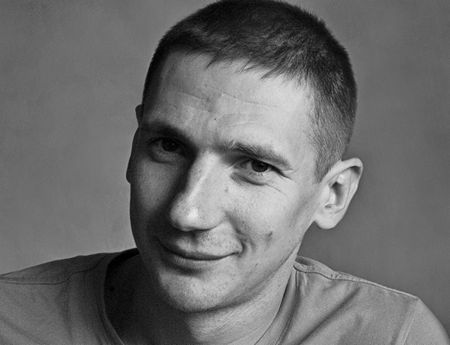 When Albert Einstein was interviewed for “The New York Times Magazine”, he shared with the reporter his equation for success in life: A=X+Y+Z, where A — success, X — work, Y — play, and the last component is “keeping your mouth shut.” Einstein worked alone in his quiet office, and this formula was perfect for him. But when we asked a founder of our company, Roman Pakholkov, about this equation, he defined Z as openness to cooperation and exchange of ideas, both in business and in active sport.

— The idea was not born immediately. Watching the success of outsourcing software companies I noticed that the salaries of their software engineers were much higher as compared with hardware engineers. And I realized that experts in electronics design might also use outsourcing business model.

Anyway, my goal was not to create an outsourcing company in the field of electronics then, but to assemble a team for ambitious projects from around the world to go through all the steps in creating electronics for mass production: set-top boxes, routers, trackers, navigation devices and others.

Today we succeed in this; Promwad has not only completed many outsourcing projects, but also a number of its own platform solutions for rapid electronics development.

— Why did you decide to engage in electronics?

— After graduation from the Belarusian State University of Informatics and Radioelectronics as a systems engineer, I didn’t see career opportunities. The normal path for this kind of specialist were state-owned companies in the military-industrial complex with long-term projects and slow professional growth.

Also, it was possible to become a trader to sell imported goods at the local market which was a completely bad alternative.

There was also an option to go abroad and open a fast-growing company there.

All these options were out of the question for me. I wanted to do something worthy, in my home country.

I saw the potential here as a lot of specialists didn’t want to go abroad, and therefore there was a “critical mass” to start a business.

— How did the company get its name?

— Promwad is my nickname for my hobby – adventure racing. The nickname by which I am known among outdoor enthusiasts.

When I created the company in 2004, I thought that Promwad would be good for it. This nickname was created with the first letters of my full name. But its inner meaning is much more important to me. It is tightly connected with sport adventures, readiness to take risks, growth and development through overcoming challenges. I took this sporting behavior into the company, and my business partners shared it with me.

Since that time this meaning became the company essence, its DNA.

— Was it difficult to find the first projects?

— Actually, it was. I think every entrepreneur goes through a tough period of getting the first clients.

My only reference that time, in 2004, was the previous employer. We could also show a portfolio of our engineers but this was not Promwad portfolio. So it took quite a long time to get our first projects and first client that would trust our expertise.

From modest projects to significant ones, we quickly moved from small contracts to serious ones. We offered the kind of solutions to the companies that enabled us to be proud of customer portfolio with industry leaders by the year 2007.

I can paraphrase an old saying, only those who believe in their own strength can go through the difficult path. So did the Promwad team!

— What was the toughest thing during the first years?

— Strange as it may seem but for Promwad the start was not the hardest point. It was quite easy to find the right people; good specialists who were enthusiastic about the work, they were not working only for the sake of money. They shared my vision as a founder, to build the company, the leader and the innovator in electronics in this country and beyond.

For a company that is developing, any move from one stage to another is quite complicated.

And today we have more challenges than at the very beginning. How to manage a large team? How to delegate? How to integrate different services with different interests, different performance indicators?

For me, as a manager, it is much more difficult to grow a company than to launch it. And the life shows, it’s normal as there are only two easy ways for hi-tech companies: to close from the outside world or to stagnate. All other ways, including growth and development, are challenging. No pain, no gain.

And here is the update of Roman’s story:

Today Promwad is the largest independent electronics design house in Eastern Europe, with offices in the US and the European Union. The company helps its customers to grow their business with the design and manufacturing of new products for the world electronics market.

Promwad engineering team has about a hundred of hardware and software engineers, industrial and mechanical designers, technologists and manufacturing experts.

Roman Pakholkov has become not only the founder and CEO of Promwad but also the driver of innovations in the company and in the electronics industry in general. He continued his business education at the Stockholm School of Economics (SSE). And, when the production volumes of devices created by the Promwad engineers for their clients worldwide reached several million units, Roman went even further and created a community named Hardware Ecosystem to foster collaboration among all the industry players to implement a successful hardware development strategy.

So the story to be continued… We will keep you updated.