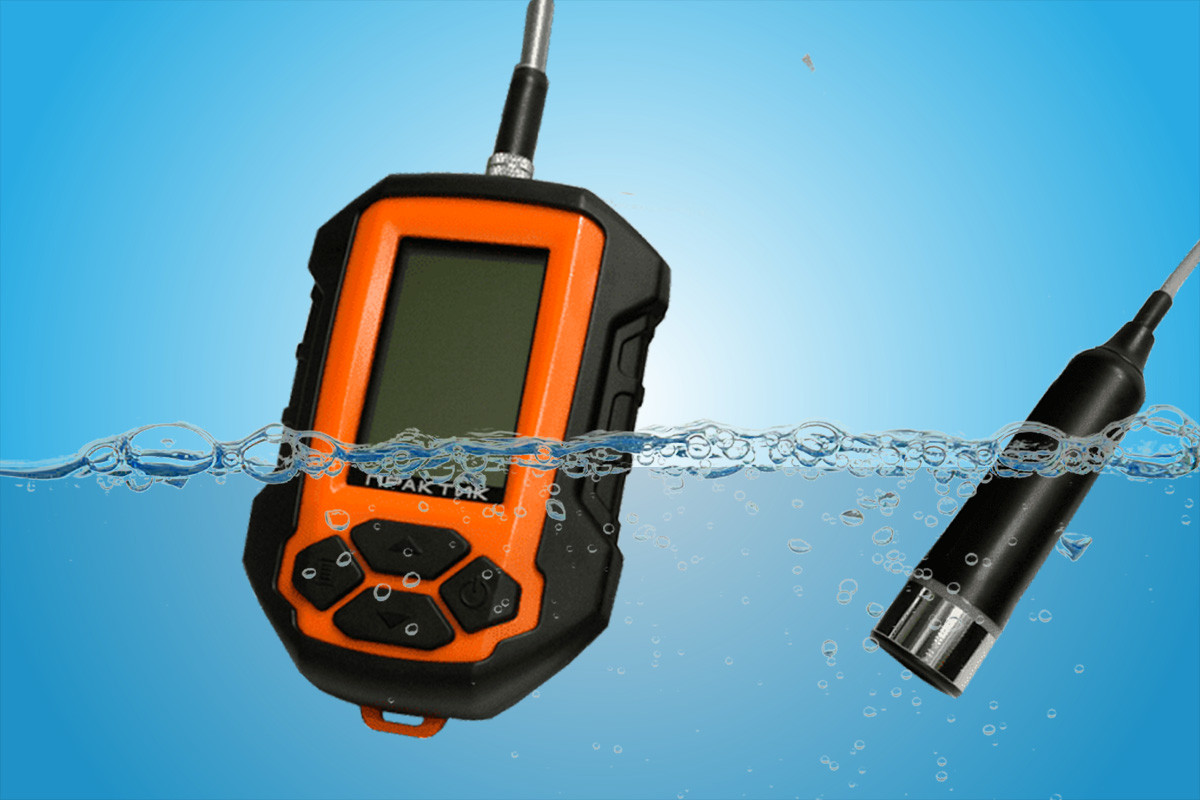 In this article, we will show and explain how to ensure that electronics enclosures are properly sealed, making them impervious to water and dust. We will break down the IP standards with different degrees of protection, analyze the sealing methods in serial production, and arrange all the pros and cons of each technology into a convenient table so that you can choose an optimal option for your project.

In the first part of the article, we will focus on the most popular material – plastic – and take a closer look at how well it does when sealing an enclosure (housing or case) with the help of glue and sealants, as well as with the casting methods such as injection molding and overmolding. In the second part, we will analyze five types of welding. Counterintuitively, welding isn’t limited to metals and also does quite well to seal thermoplastics.

You are probably familiar with IP ratings (also known as Ingress Protection Codes), which represent a device’s ability to stop solid particles and moisture from getting past the enclosure or case, so we will not dwell too much on this topic.

However, we will remind you that the number part of the IP rating consists of two digits – IPXX. For example, IP68. The first digit represents the degree of protection that the device provides to its user from the parts that carry electric current, as well as how protected the device’s electronic components are from solid particles, i.e. dust. This figure ranges from 1 to 6.

The second digit ranges from 0 to 9 and represents the device’s degree of protection from moisture.

Starting with the fifth level and higher, which are protected against water jets, a seal is required to ensure the tightness of the enclosure. Below, we will take a closer look at how this tightness can be ensured in mass production scenarios for enclosures made of various materials.

Let's start with one of the most popular manufacturing methods for the production of device enclosures — multi-component injection molding. This technology makes it possible to combine several thermoplastics within one injection mold, making the processes cheaper and easier than using several separate molds. No assembly is required as the body components are “baked” directly in the mold itself.

Special injection molding machines are used in the production of such enclosures, which have two reservoirs (barrels) and two gates that are used to inject two different materials:

During the molding process, the machine injects one of the melted materials, rotates the mold using a special module and then adds the melt of the second material to it:

The benefit of this technology is that it allows you to forgo the use of a sealant since it can be cast directly into the body of the enclosure as a second material. This results in a sealed plastic enclosure with excellent adhesion between the two materials:

Another great benefit of multi-component injection molding is that it allows designers to realize some of their wildest fantasies using different materials, colors, and textures in a single part. Of course, this also complicates the development of the mold itself, since engineers and technologists need to take the injection gates into account and the manufacturer needs to adjust the control system accordingly.

The cost of production using this technology is gradually decreasing, partially because manufacturers are now making injection molding machines modular, which makes it possible to assemble them for specific tasks.

Let's consider the use of this method with a specific example:

This device is designed for harsh operating conditions such as temperatures as low as −30° C, protection against water and dust with a rating of IP67, as well as shock and drop resistance from heights of 1.5 m onto a hard surface.

This engineering task was brought to life as follows: PMMA glass was used as an embedded part and plastic (PC) was poured on top. The resulting plastic and glass part was poured over with rubber (TPU), which also forms the elastic buttons, serves as a protective bumper, and ensures the enclosure has a good seal when assembled with the lower part, which is made in the same way (also with embedded parts, but without the glass component).

As a result, the two-component molding technology was implemented in serial production and was ideally suited to solving the project's tasks:

More information about this project can be found in our portfolio – see "Development of an echo sounder".

There’s an even more affordable method available, which is called over-molding. It differs from multi-component injection molding in that the materials are not combined in a single production cycle, but in two consecutive ones.

For over-molding, a conventional injection molding machine is used, but two molds are produced. In the first mold, the first part (the substrate) is formed, and then it is transferred to the second mold with an additional cavity, where another component is injected on top of the first.

Over-molding can also be used to connect the two halves of an enclosure or to make buttons. The good thing about this method is that the molding of the buttons can be combined with the molding of an elastic material around the body of the enclosure, thus increasing the impact resistance of the product.

When over-molding technology is used to create an enclosure, thermoplastics and rubbers can be joined, or the same material of different colors can be used. During the manufacturing process, two substances are bound to one another either physically or chemically.

Note to the designer! When the second component is injected, the substrate may be displaced. Therefore, it must be fixed in place using the dimensions of the part itself or with the help of additional elements such as holes to hold the part in place using pins in the second mold.

When using multiple injection molding machines, a special device called a manipulator automatically moves the parts from one mold to another. They do this so quickly that the part doesn’t have time to cool down, which is how excellent material adhesion is achieved.

Although this can also be done with only one machine, the process becomes more complicated and risky. :-) After the required number of parts is created in the first mold, the second mold is set up on the machine, and the barrel is cleaned from the previous material and filled with the new one. Naturally, these operations take a lot of time, during which the substrate will have time to cool down and change in size due to the shrinkage of the material. All this will need to be considered when designing the mold.

When assembling the enclosure with fasteners, it is a good idea to use threaded metal inserts or special plastic screws. When choosing the second material, it is important to achieve the optimal balance between stiffness and elasticity. The material must be elastic enough so that the buttons can be pressed and a good seal is achieved, but at the same time, it must be sufficiently rigid in order to resist abrasion.

Once again, let's take a look at this technology in action:

Project 2. Design and manufacture of an enclosure for a gas analyzer

Here, the transparent backing is filled with an elastic material. This same elastic material is used for the sealed buttons, impact resistance, and as a sealant between the two parts.

This is how the connection looks in the cut view of the model:

The device required a hermetically sealed button. To achieve this, an elastic polymer was injected directly into the body of the molded enclosure.

Next, a circuit board was installed in the case, and a screen was installed on top of it. The screen's protective glass was fixed in place using special double-sided 3M tape:

The device required a hermetically sealed button. To achieve this, an elastic polymer was injected directly into the body of the molded enclosure.

Next, a circuit board was installed in the case, and a screen was installed on top of it. The screen's protective glass was fixed in place using special double-sided 3M tape:

More information about this project can be found in our portfolio – see "Praktik Depth Gauge".

Using a sealant to seal an enclosure

Now let's take a closer look at another method for creating a sealed device. It will be the last one for today and, incidentally, the simplest and cheapest. This method utilizes a sealant to protect against moisture.

Sealants are available in both round and rectangular forms. Here’s how they work: a rubber ring is laid out in a cavity and when pressure is applied by a counterpart, the elastic ring is deformed to fill the cavity, creating a seal.

The sealant may have an adhesive surface, which helps it stick to the surface of the enclosure. Embedded rubber rings can be used for both plastic and metal enclosure.

Examples of sealants that are pictured above:

1.  A rectangular rubber sealant is inserted into the cavity.

2.  A round rubber sealant is inserted into the cavity.

3.  Compaction with an interference layer.

4.  Compaction with the use of an adhesive layer.

If the path of the seal is long, a rubber cord is used as the sealant. The ends of the cord are cut at a sharp angle to increase the surface area of the cut, and are then glued together with elastic glue.

In the meantime, let’s take a closer look at the final use case for today:

Project 4. Development of the enclosure for a water sports walkie-talkie

So, what we have here is the project for a digital walkie-talkie with a built-in MP3 player that’s used in water sports. Such a device requires excellent protection against ingress as per the IP67 rating. It must also be light and relatively small, with simple push-button control + one emergency button.

How this can be done: we use an elastic material for the sealed buttons and bumpers on the front and sides of the device.

To seal the perimeter and speaker, we’ll use sealants: