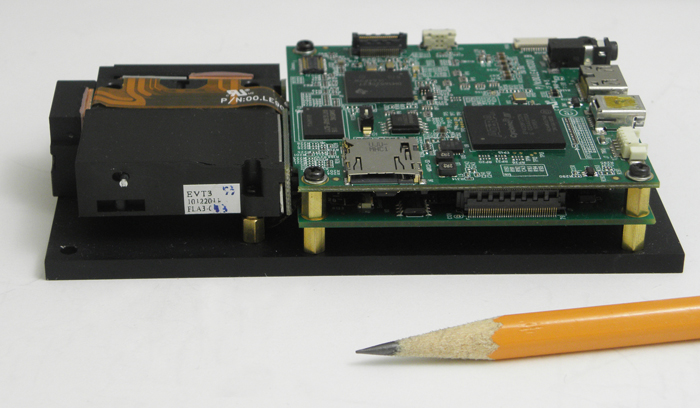 Promwad’s team of engineers made a study of DLP LightCrafter (DLP3000-C300REF), a pico projector developed by Texas Instruments designed to make embedded devices with a projection module. The article is going to analyse the supplied package and the circuitry, connection and startup demo, print screens of operational modes, description of the software assembly (Linux + rootfs) for Micro SD download, and, surely evaluated a potential for using the DLP3000-C300REF reference design in electronics development.

The article speaks about the platform, which is a good tool for embedded devices development with a projection module. It is an allusion made by TI about its design of DLP LightCrafter (DLP3000-C300REF), the tool was tested by Promwad engineering team.

Various technologies can be included in modern pico projectors: DLP (Digital Light Processing); LCoS (Liquid crystal on silicon) and LCD. The last two ones are going to be reviewed this time and talk more thoroughly about DLP, because our unit uses this particular technology.

DLP is based upon DMD, digital micromirror device. It is a unique chipset that contains a hundred thousand micromirrors placed together in a single pixel array.

Every mirror is able to deflect in both directions from its initial position at the angle of 10-12 degrees, and has a ON\OFF ability. A light beam which hits the mirror is directed to the optics or to the side (usually towards the cooler). In order to display halftones, the mirror quickly switches from “on” to “off” with pulse width modulation.

Red, green and blue LEDs are used as emitters.

The device was packed into a small carton. The set did not have any wires, cable and software. All the rest was supplied separately, but when there are Internet access and standard cables, lots of problems can be easily solved. 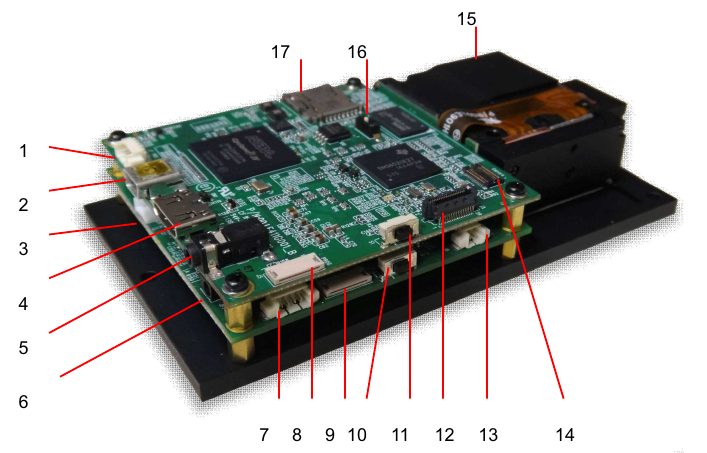 The device is made of two boards on a metal plate. An optical module with an emitter connected to the boards with flexible cables is located aside the boards. The metal plate also bears a function of a heat removal. The entire structure of the device is reliable and practical. All necessary inputs and outputs are placed on the sides and at the top. Actually that is the best solution for all devices of this kind. 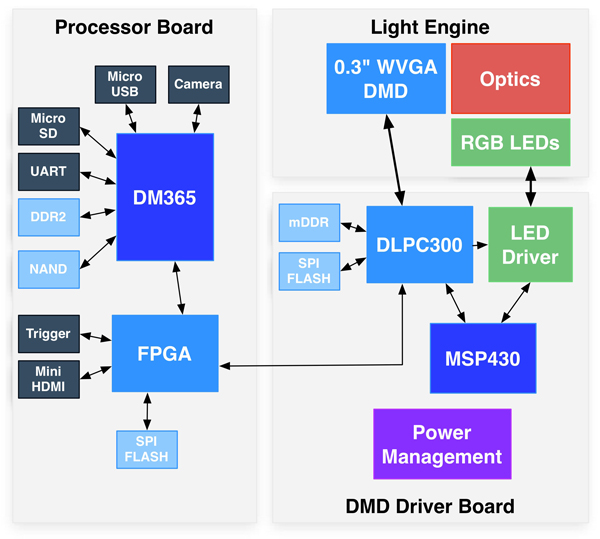 The EVM module consists of a CPU board, a driver board and a light emitter. DM365 is a multimedia processor TMS320DM365 based upon DaVinci technology of Texas Instruments. It’s role is to launch Embedded Linux. FPGA is Altera Cyclone IV FPGA; it manages the mix of video channels (HDMI or DM365), LED switching and internal buffers for fast pattern display. DLPC300 is a DMD controller. MSP430 controls power and LED drivers. 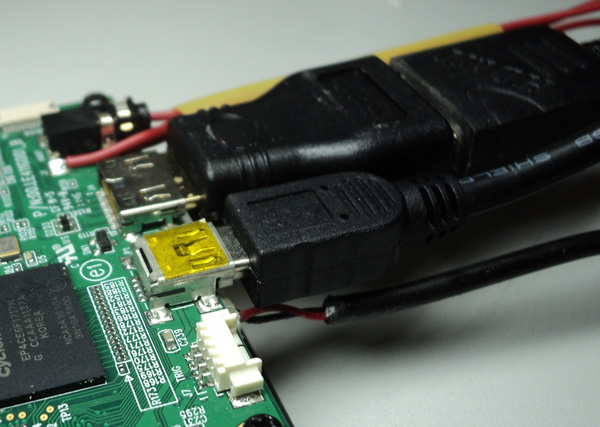 There is also an example of a command line provided by API.

The manufacturer guarantees trouble-free assembly and software startup for your unit. They  offer a good BSP, that helps getting operable binary images in a short period of time.

The first step is to download and install Linux DVSDK. The installation kit is located at the following link. It has to be be version 4.02 because it contains DM365 support. In the instruction it says that the host hast to be ubuntu 10.04. In spite of that there were problems with transferring the installed SDK to ubuntu 12.04.

Step two. Go to this link now and find DLP LightCrafter DM365 DVSDK (version 4.0), download and install it. Then copy and replace the files with the previously installed Linux DVSDK files from the Changes subfolder.

Using Sourcery toolchain for ARM by Mentor Graphics they perform the assembly. It can be easily downloaded and installed from this link. Please NOTE: do not forget to add to the $PATH description the path to the toolchain prefix.

You have to conduct the assembly process taking the steps using the following commands: make, make all and make components. U-boot, uImage and rootfs images are created to be used with an SD card.

In order to install all that on an SD card, it is necessary to apply the ready-to-use script, mksdboot_lcr.sh, located in the bin folder.

A new development platform for TI pico projectors under the brand of LightCrafter uses a digital light processor (DLP) based upon the МЕМС technology which contains almost half a million of micromirrors to generate an image. The light source is RGB LED lights, and they can emit up to 20 lumen of light. Nevertheless, using cooling and thermal management, it is possible to get over 50 lumens, and that gives an opportunity to use LightCrafter in various conditions.

You can use a DLP LightCrafter as a portable projector with an HDMI input. The device can also serve as a platform for projecting structured light patterns and complex lighting with a possibility of changing the operating wavelength (from ultraviolet up to almost infrared light).

The unit has an option of projecting structured light patterns, and such function makes possible to use the LightCrafter for instant characterization and recognition of 3D objects without touching them. 3D scanning is based on projecting a moving strip of light to the objects, as well as subsequent analysis of measurement of the deformation of the reflected band using a 3D shape reconstruction algorithm. So this kind of feature can be applied in contactless fingerprint scanners for identification purposes. In addition, a possibility of using it for biometric, facial, dental and medical scans, DLP can be used in various applications ranging from industrial control systems to a variety of scientific tools and instruments. For example, if you want to increase the frequency of outputting light patterns up to 4,000 per second, you can do that using additional FPGA.

Implementation of 3D scanning feature requires an external camera and software that implements the required 3D processing algorithm. The configurable platform gate input / output helps to synchronize the camera frame capture (for the camera and other peripherals) with projected light pattern frames.

Those who use the device, for example developers, can create, store and display projected images using a programming interface (API) via USB or a user-friendly graphical user interface (GUI).

A totally functional embedded system is possible in this unit due to the TMS320DM365, a powerful digital processor,  and ARM core-based Linux.

After all, the conclusion that we want to make is the following: engineers and developers can use a DLP LightCrafter to develop new devices, the unit significantly decreases a designing process, it helps to achieve a small form factor and a low cost of the final product.