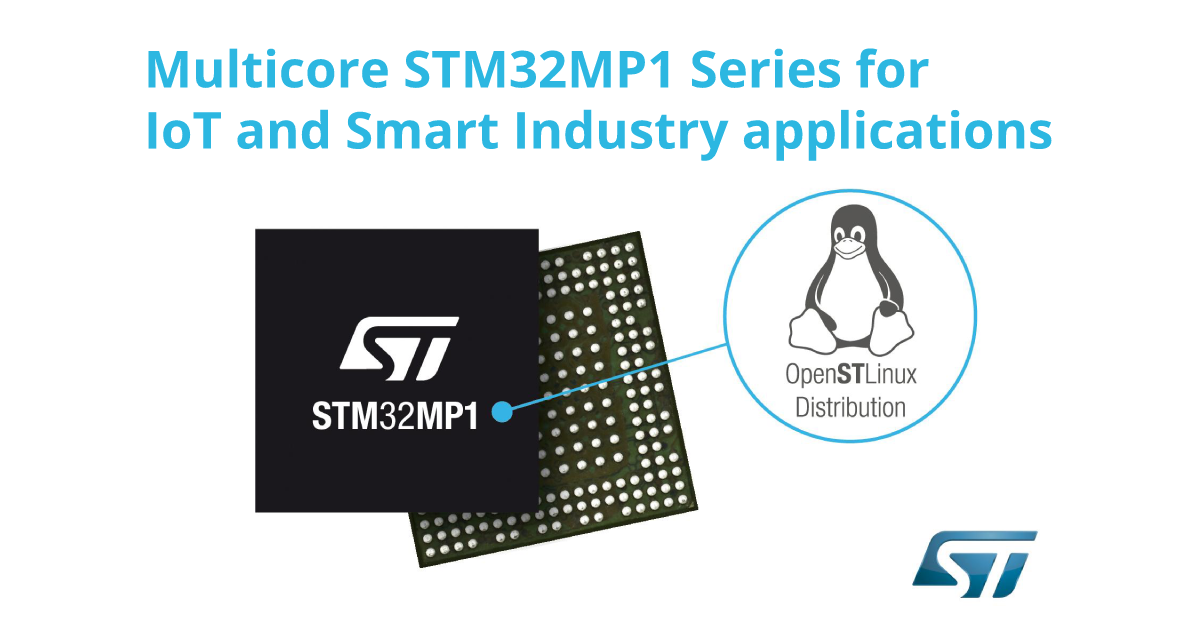 Two weeks ago we reported about plans of STMicroelectronics and IOTA to collaborate to integrate IOTA’s directed acyclic graph (DAG) on ST’ STM32 32-bit MCU ecosystem resulting in the X-CUBE-IOTA1. Now, we want to focus more on the powerful ST’s solution, which STM32 32-bit MCU ecosystem is part of — STM32MP1 microprocessor series with dual Arm Cortex-A7 and Cortex-M4 Cores released earlier in February.

This family of processors with Linux distribution is used to speed up a broad range of applications in smart industry, health, and both consumer and industrial IoT gadgets. Thanks to the updated flexible architecture of the family developers can now reach higher power efficiency due to real-time tasks on a single chip and faster processing. In addition, the Cortex-M4 core has embedded software libraries and STM32Cube firmware.

There is also an ability of advanced HMI development due to 3D GPU. High-quality security features, analog and digital peripherals, various advanced tools for partnering companies, high level of compatibility and integration and other benefits of the new series provide optimized BOM and lower production costs. The series is out now in three options which are pin-to-pin compatible. They are STM32MP157, STM32MP153, and STM32MP151.

As you may see, STM32MP1 processors ensure the proven stability of STM32-family ecosystem and recognition among the key market players.